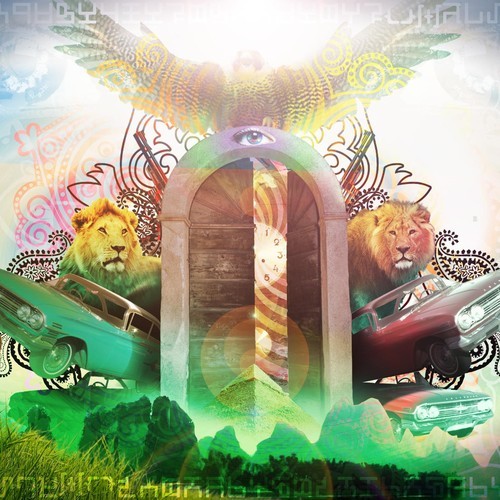 On Monday 9th December 2013 The Jungfraus released their eponymous debut album. Recorded in the most part live between October 2012 and June 2013, it features 9 hypercoloured psych pop odyssey’s written and played by the group and produced by Nick Alexander and mastered by Dominic James. The recordings capture the eclectic energy of the band’s live shows and form an upbeat and adventurous introduction. So come marvel at a host of oddities; from an intergalactic ‘Miracle Man’, fallen cowboys haunted by women on the back of their eyelids, the ocean witch ‘Sally Salamander’ and ‘The Watcher at The Door’.

The Jungfraus are a five piece psychedelic pop band from Manchester, England. Formed in spring 2012, the group is led by charismatic songwriting team Mick and Joe, who share brilliantly contrasting lead vocals and interweaving Byrdsian guitars. This alongside the telepathic rhythm section of Ste Grimes on bass and Liam Farr’s thunderous drums, coupled with the strange and swirling paisley tinged Hammond of Jonny Rathbone makes for a sound both vintage and unique.

Since their formation the group have gained a reputation for their enthralling, energetic, and surprising live shows, combatting the all too familiar po-faced indie routine with a compelling strut and rock and roll showmanship which demands attention. Early highlights include frequent free secret shows across their hometown, buzzing headline slots in London and a residency at Bar Lubitch and radio play in Los Angeles, USA, during August 2013. 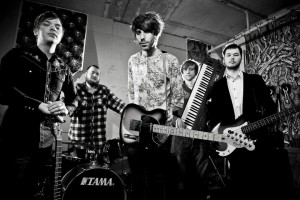 Their sound has drawn comparisons to everyone from Love, The Byrds and early Barrett-era Floyd to the Brian Jonestown Massacre and Super Furry Animals. Their songs are classic and catchy as they are melodic and intriguing.