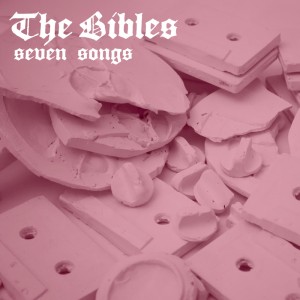 The English gent and the humble German met in 2010 in Manchester. After a chat in a pub Nick Alexander agreed to be chased by Florian Fusco, dressed as a giant e.
vimeo.com/15911214
They also worked together on a soundtrack for a group show at Kraak Gallery and decided to continue making music together. This album was a little test for them.
They called themselves The Bibles after attending a wedding
Tracks:

released 06 May 2013
Additional guitars and bass on “bedroom self help death mantra” and “callaloo”: Dom James. Additional guitars on “magic chords”: Mick Kenyon & Joe Levi. The Bibles are not responsible for any actions taken in response to their music.
Recorded in 2012 at 11STSQ by Dom O’Grady, Manchester, UK.
Sleeve Design by Florian Fusco.
kraak.co • florianfusco.com